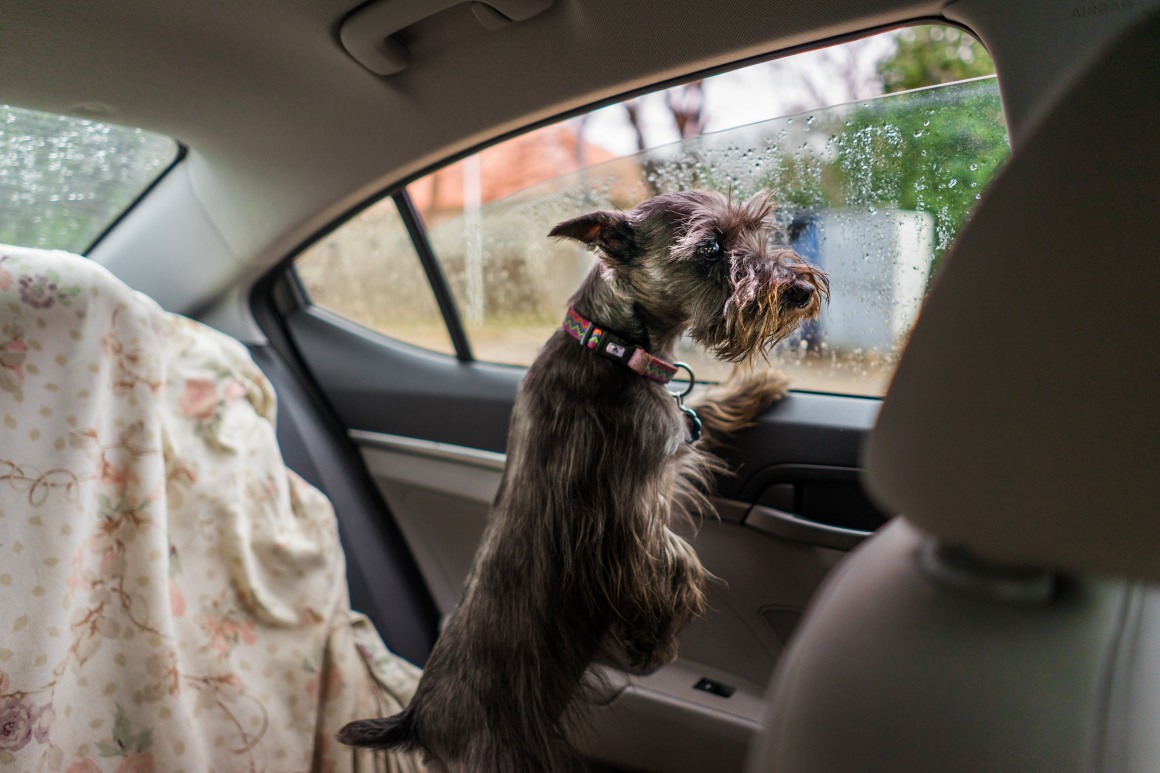 I sprang out of bed on Saturday ready to go to the Dog Park, partly because Bentley and I had been cooped up inside the house for four freezing cold days but also because I was ready to take some pictures of dogs. I keep trying to get decent dog pictures out of my Sony a7ii. The a7ii is generally the best camera I’ve ever owned and I absolutely love shooting with it, but I’ve had a few situation where the autofocus lets me down, and trying to focus a dog running toward the camera from a few feet away has been one of them. Anyway, I was excited to get to the dog park to take some photos and it sounded like the weather was going to be nice. But as it turned out it was cold, windy, wet and generally gross and I, having only worn a hoodie, spent the entire time shivering and complaining instead of actually attempting to make a photo. Long story short, the only image I got was this one on the way there of Chloe being anxious while Katy was inside a gas station, but ya know, it’s not half bad.

The moral of this fairly mundane story is that there still, in 2018, is no such thing as a perfect camera. You pick them for what they give you and what they’re good at. All it takes is one fun, unexpected shot to renew your deep and undying love for your camera…until the next model comes out.